What happens when you combine hundreds of hungry-to-learn high schoolers and world-renown ocean science and technology experts? STEMagic.

2016 ULIEA winner Oceans Learning Partnership (OLP) held an awe-inspiring "Ocean Education Series" throughout March to engage Newfoundland and Labrador junior high and high school students in ocean science and technology. The three-day, three-part event was hosted in partnership with OceansAdvance, Department of Fisheries and Oceans Canada, Memorial University, and the Johnson GEO CENTRE and enabled students to learn from and interact with local ocean technology entrepreneurs, scientists, and researchers. Hundreds of students throughout the province attended in person at the Johnson GEO CENTRE and digitally via interactive webcast. Given the size of the province, it is especially important to reach students in remote areas; this technology brought the ocean into the classrooms of students from coastal Labrador to the Miawpukek First Nation and beyond.

"The purpose of these events is to increase student knowledge of the ecological and cultural importance of marine protected areas (MPAs) and the ecological and cultural importance of corals and sponges in the Newfoundland and Labrador region while instilling an attitude of appreciation of MPAs as special places in our oceans that belong to all of us and need to be protected," Maria Giovannini, project lead for OLP. "We also hope to foster a spirit of stewardship towards MPAs based on our historical connections to the sea."

The first of the three-part series, "Into the Deep - A Career Immersion Series," was hosted on March 9, 2017 in partnership with OceansAdvance and introduced students to career opportunities in the growing ocean science, technology, and business fields. Sessions included:

The three-part series was met with rave reviews from students, teachers and organizing partners alike. "Permit me to say that I was VERY pleased with the tenor and quality of the event from start to finish. You could draw the same conclusion from the reactions and responses of students. They were engaged, intrigued and curious - not an easy state to induce in this digital world. I know that some of our best students from O'Donel participated and I am aware that the presentations were stimulating and within their grasp. My congratulations to you and your supporters in conceiving and conducting this terrific event." said Clarence Button, teacher, O'Donel High.

Due to the success of the sessions and the interactive webcast, OLP and OceanAdvance organizers have decided to present the series again, with an even stronger focus on ocean careers, in October 2017. They hope to maximize their reach using the webcast technology to reach even more students throughout Newfoundland and Labrador, especially those living in a coastal community. Students and teachers wanting to get a piece of the action can visit coastalexplorers.net for updates coming later this summer. 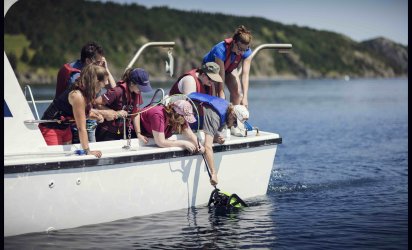 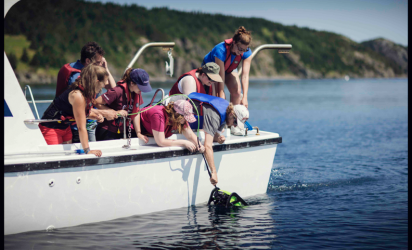 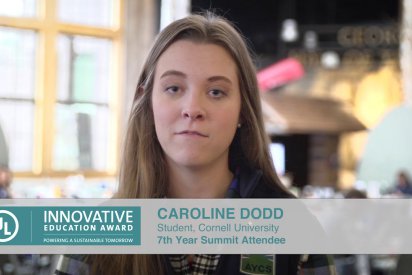